Leader of the Yoshis (formerly)

Yoshi is the main protagonist of Yoshi Island.

and His Rivalry Yusei Fudo

Yoshi played himself for the Clash of the Links film series for just two films.

In the first film, he appears as a semi-major character, and does not appear again after the climaxing battle and the next two films. In the fourth film, it had been revealed in flashback that he was killed by Richard Sharpe and his 95th Rifles, due to his own lack of faith for Yoshi (probably because Yoshi couldn't speak the human language, and was based on how he appeared in the Mario video games).

He's the middle little pig who built his house of sticks.

He is a squirrel. 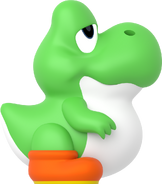 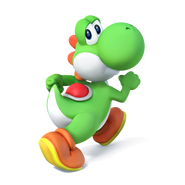 "Dino Riders no yell at me!" 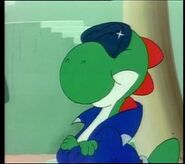 "Yoshi's the name, cruising my game!" 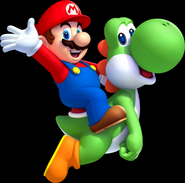 Mario and Yoshi in New Super Mario Bros. U

Yoshi as a Pony with Yusei Fudo 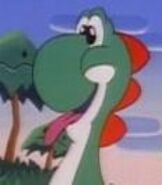 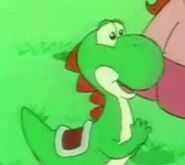 Retrieved from "https://scratchpad-iii.fandom.com/wiki/Yoshi?oldid=490501"
Community content is available under CC-BY-SA unless otherwise noted.