Periwinkle is a kitten from ''Blue's Clues''

He played Perry in Barry B. Benson and Snook (Phineas and Ferb)

He is a platypus

He played Kitten Edmond in Bee-A-Doodle

He is a kitten

He is a boy

He played Maroshi in Abigail: Full of Treasures

He is a moonflower

He Played Chomper in The Street Before Time 2,5,TV Series and 14 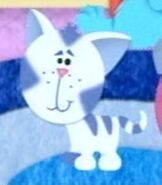 Periwinkle in the Blue's Clues house.

Periwinkle as a clue.

Picture of Periwinkle in the night sky.

Periwinkle and Face with sunglasses. 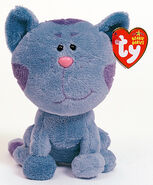 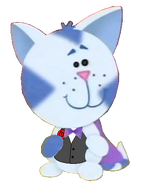 Add a photo to this gallery
Retrieved from "https://scratchpad-iii.fandom.com/wiki/Periwinkle?oldid=569119"
Community content is available under CC-BY-SA unless otherwise noted.