Martin Hayter Short CM (born March 26th, 1950) is a Canadian-American comedian, actor, voice artist, singer, and writer. He is known for his television works on Saturday Night Live. He has starred in comedy films, such as "Three Amigos", "Father of the Bride", "Pure Luck", "Captain Ron", "Mars Attacks!", and others. He's also known for his characters, Jiminy Glick and Ed Grimley. He is most seen working with Steve Martin. 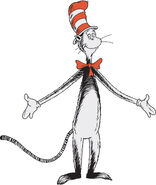 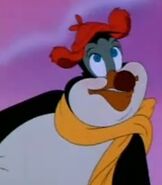 Hubie (The Pebble and the Penguin) 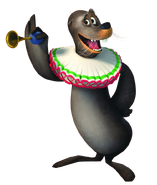 Stefano (Madagascar 3: Europe's Most Wanted)
Add a photo to this gallery
Retrieved from "https://scratchpad-iii.fandom.com/wiki/Martin_Short?oldid=258319"
Community content is available under CC-BY-SA unless otherwise noted.