Aya Hisakawa (久川 綾 Hisakawa Aya, born November 12, 1968) is a Japanese voice actress and singer. In addition to releasing various solo CDs, Hisakawa is well known for her voice roles in anime and video games. Some of her major roles are Sailor Mercury in Sailor Moon, Skuld in Oh My Goddess!, Yuri Tsukikage/Cure Moonlight in HeartCatch Pretty Cure!, Kero from Cardcaptor Sakura. She performs some of her roles in her native Kansai-ben. She is affiliated with Aoni Production. On February 14, 2018, she was announced as the new voice of Bulma in the Dragon Ball series, replacing original voice actress Hiromi Tsuru, who had held the role from the original anime's debut in 1986 to her death in 2017.

Skuld is Oh My Goddness! 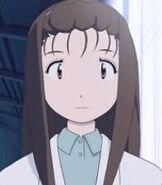 Shizuka Hayama is Daphne in the Brilliant Blue 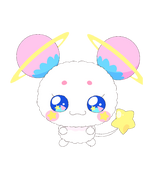 Fuwa is Star Twinkle Precure
Add a photo to this gallery
Retrieved from "https://scratchpad-iii.fandom.com/wiki/Aya_Hisakawa?oldid=532633"
Community content is available under CC-BY-SA unless otherwise noted.